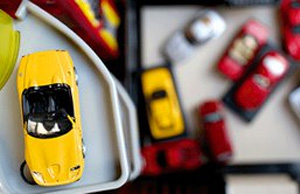 The value of fraudulent claims detected by the UK’s largest insurer fell by 11% (£10m) last year, as Aviva detected £80m worth of suspect or proven fraudulent general insurance claims in 2018.

The scale of insurance fraud is still substantial, however, as Aviva uncovered frauds worth £220,000 every day. Cracking down on cash-for-crash fraud, better fraud prevention strategies and new legislation in the shape of the Civil Liability Act 2018 (also known as the whiplash reforms), have all forced fraudsters to explore non-whiplash cons such as bogus slip-and-trip claims, according to Aviva.

In an early sign of the potential impact the whiplash reforms could have on motor injury fraud, the value of whiplash fraud detected by Aviva fell by 10%, while organised fraud such as crash for cash fell by 12.5%.  Crash for cash includes induced accidents which put the safety of innocent road users at risk. The high levels of fraudulent motor insurance claims have been a significant factor behind spiralling motor insurance premiums in past years.

Aviva led the call for the reforms set out in the Civil Liability Act 2018, and early signs are that fraudsters have seen the writing on the wall and are moving away from whiplash fraud.

While Aviva’s figures represent tangible progress in the fight against motor insurance fraud, the scale of detected claims fraud remains a major issue for genuine customers. Motor insurance still accounts for two-thirds (66%) of all suspected or proven fraud detected by Aviva and 1 in 7 whiplash claims received by Aviva are rejected for suspect or proven fraud. The insurer is currently investigating nearly 13,000 suspect motor injury claims.

Liability fraud on the rise

Fraud did not decrease across all lines of business, however. The value of fraudulent liability claims such as bogus slip-and-trip accidents made against employer’s liability and public liability insurance policies grew by 20% over 2017 figures. The average fraudulent liability claim is worth more than £14,000 and Aviva detected nearly £14m of these scams, including the case of a former law student who pretended to trip over a crate of orange juice in a supermarket and claim for her injuries, the first private prosecution in the UK by an insurance company against a ‘slip-and-trip’ fraudster (please see additional cases studies in notes to editors). Aviva currently has 1,800 suspect liability claims under investigation.

In 2018 Aviva detected 16,700 fraudulent applications, an increase of 20% over 2017’s figures. Aviva believes the fight against fraud starts at the front door and the point of sale, not the point of claim. By detecting fraudulent behaviour and applications with links to known or suspected fraud, Aviva wants to stop fraudsters from accessing insurance products in the first place, preventing future exposure to bogus insurance claims in the future.

Aviva has invested significantly in prevention at the point of quote and sale and now screens all its personal and commercial motor insurance business to prevent fraudsters and gangs from buying policies and going on to submit fraudulent claims.  The most common types of application fraud detected by Aviva are ghost broking (where vulnerable customer groups are exploited by rogue agents), payment fraud (such as stolen credit cards) and quote manipulation (where risk factors such as address and driving history are repeatedly changed).

Commenting on the annual fraud figures, Tom Gardiner, Head of Fraud, Aviva UK General Insurance, said, “We are pleased to see that the continued investment and focus we have given to prevention and detection is starting to reduce the impact of fraud for our genuine customers.  However, that doesn’t change the fact that insurance fraud is still a major issue for customers, with over £80m of suspect or proven claims fraud detected in 2018, 17,000 total suspect claims under investigation and 16,700 instances of policy fraud. So we must remain vigilant to new threats and continue to defend our honest customers against the cost of fraud.

“We are also working hard to ensure that there are consequences for fraudsters. We have 172 cases currently under investigation with the police, and last year we worked with enforcement agencies to help to prosecute 58 instances of fraud, securing custodial sentences of over 68 years – which we hope will serve as a strong deterrent to people considering insurance fraud in future.”