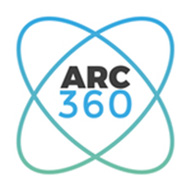 ARC360’s growing reputation for innovation took another leap forward on Friday (1 May) when, in association with I Love Claims, it hosted its inaugural ARC360 Hub event which centred on live polling to assess the current and future ramifications of the Covid-19 crisis on the sector.

Taking part in the 23-scenario based question event that was partnered by Trend Tracker, were 29 key influencers from across the UK automotive aftermarket sector including insurers, repairers, and a host of supply chain representatives.

All feedback during the event was anonymous.

The broad range of questions considered everything from business growth, supply and demand, shifting relationships and new technologies – but what the survey revealed as clearly as anything else was that the industry knows it is will be transformed but doesn’t yet know into what.

Between 10% and 15% of bodyshops will shut down because of this crisis, according to 75% of respondents, with a lack of cash flow cited by most as the telling factor.

One respondent said, ‘The Coronavirus Job Retention Scheme finishes at the end of June; when the payroll hits profit and loss again on 1 July it will be devastating. The issue is that this will be around for a year and the length of the pandemic will drain the life out of many companies; if they don’t close, they will be working on hugely reduced volumes.’

Even bodyshops that survive the immediate crisis might fall as they try to emerge out the other side.

‘Most repairers’ margins are so tight they have no cash reserves,’ said another respondent. ‘The real challenge will be in about four to six months as more cash is required to rebuild rather than lay in hibernation.’

Another reason suggested for fewer bodyshops post Covid-19 is that some owners might prefer to sell up rather than continue the struggle.

However, 79% of respondents said that fewer bodyshops to meet demand would change market dynamics, with some suggesting it would be an opportunity to shift the balance more in favour of repairers. This could be achieved by using this trading reset to introduce new business models that were not so reliant on volume, while negotiating new contracts that removed certain costs. However, this would only be achievable if bodyshops acted together.

‘Repairers need to stay strong and not land-grab volume,’ one respondent warned.

But these opportunities might not present themselves immediately with nearly half (46%) expecting volumes to remain down 21%-40% through the third quarter of the year.

Greater consolidation (mergers and acquisitions) was also predicted by 71% of respondents, while some of the more challenging impacts of the crisis put forward included fewer claims as people drive less and work from home more, mass redundancies following business closures, and less cash for investment.

The view was also expressed that permanent change for the better would be considered too difficult and the industry would gradually revert back to pre-coronavirus practices, and that was certainly the case with regards the approved repairer model, with 64% of respondents expecting no major change.

‘Expect changes,’ said one, ‘but not a root and branch overhaul, just greater focus on partnership and less on meaningless service level agreements.’

Another comment said, ‘We have seen growth in network sizes, and I think we will see that contract again as people look to maintain meaningful relationships with a smaller volume of claims.’

However, other respondents were less optimistic and said insurers would continue to control rates, while repairers could find themselves in a ‘race to the bottom’ as they undercut each other in the fight for reduced volume.

However, countering that, one positive area of change could come in the relationship between repairer and claims managers. An encouraging 86% thought it would improve because of a greater ‘mutual understanding’ and the need to work together to develop solutions and plan more strategically.

Interestingly, some thought the crisis would also be a good indicator of those companies prepared to work with repairers, and post Covid-19 the industry would see ‘a greater differentiation between those insurers that do and the large number that don’t.’

‘I hope insurers will be more focused on partnership value as opposed to unit cost.’

But what this survey revealed more clearly than almost anything else is that no one knows for sure how these extraordinary circumstances will play out in the future. In most cases, every argument for was mirrored by an equally valid argument against.

Respondents were largely split (54%-46%) on whether supply chains would be significantly impacted, they were totally split on whether this would accelerate or hinder the uptake of alternative vehicle ownership models (46%-46% with eight per cent unsure), while another issue that underlined the uncertainty was total losses, with 39% expecting them to increase, 29% saying the opposite, and 32% predicting no change.

‘As we move into a financial crisis people will own their cars for longer and therefore residual values will decrease, impacting against increased repair costs.’

‘Hopefully, a decrease in total loss and an increase in the threshold will give the repairer community an opportunity to repair more vehicles and make up for some of the losses sustained.’

The full survey report will be published on the ARC360 section of I Love Claims website this week with various findings discussed during the weekly ARC360 webinar.

ARC360, in association with I Love Claims, would like to thank its corporate partners ACIS, BMS, EMACS, Entegral, Enterprise Rent-a-Car, Nationwide Vehicle Recovery Assistance, S&G Response and CAPS; partners The Green Parts Specialists, Indasa, and Innovation Group; and strategic partners AutoRaise, NBRA, RepairTalks and TrendTracker. And extend a special thank you to all those who took part.