Car crime continues to rise in first quarter of 2019 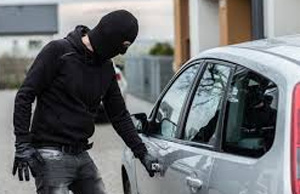 Motor theft payouts up over 20% in the first quarter.

The number of motor theft claims paid by insurers in the first quarter of this year were at their highest for any quarter since 2012, with a payment made to a car crime victim every 8 minutes, according to figures released today by the Association of British Insurers (ABI), with the cost of these claims rising by over 20% on the same period last year.

The figures reflect rising vehicle crime, with Home Office figures recording a 50% rise in vehicle thefts over the last five years. The increase is in part being driven by keyless car crime, with hi-tech criminals being able to bypass keyless technology in as little as 20 seconds. 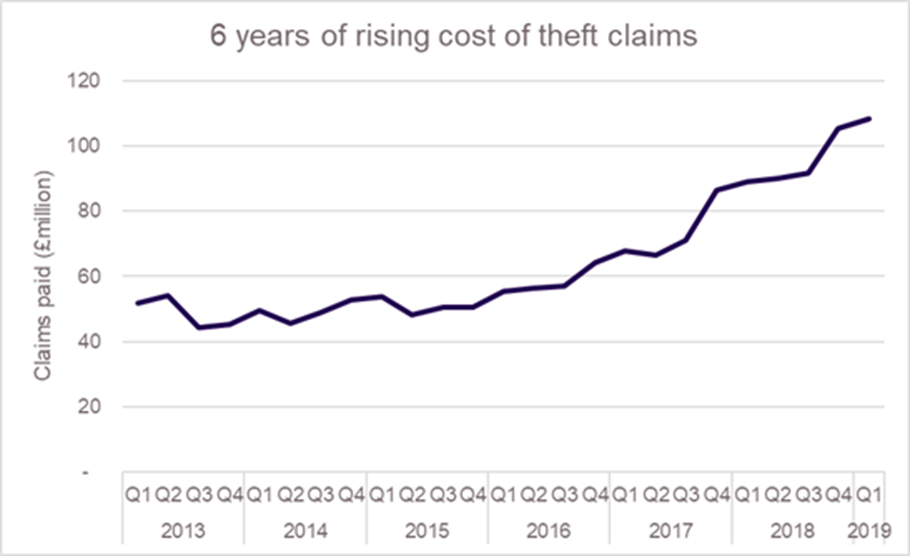 The ABI’s latest quarterly motor insurance claims report highlights that in the first three months of this year:

The report also shows that:

Despite the cost pressures from increased theft and more expensive vehicle repairs, the average price paid for motor insurance currently stands at its lowest – £466 – in two years. This is likely to reflect some insurers passing on expected cost benefits in anticipation of the introduction of the Civil Liability Act reforms, which will deliver a fairer compensation system for claimants, and continued competitive premiums for motorists. Also, new vehicle registrations in March saw a rise in new cars purchased, typically by more mature, lower risk drivers.

“The continued growth in car crime must be reversed. Car security has come on leaps and bounds but needs to keep pace with the ingenuity of car criminals. The rising number of theft claims being paid by insurers in part reflects the vulnerability of some cars to keyless relay theft. Action by motor manufacturers to tackle this high-tech vulnerability, allied with owners taking some simple, inexpensive precautions will help put the brakes on this unwelcome trend.”

Passive keyless entry systems, which allow drivers to open and start their cars without removing the key fob from their pocket, can be exploited using a technique called the ‘Relay Attack.’ Usually operating in pairs, one criminal will hold a device up against the car, to capture the signal it sends out to the key. It then ‘boosts’ this signal to another device by the front wall of the house, which relays the signal to the key inside. This fools the car and key into thinking they are within the 2m range of operation, allowing the car to be unlocked and started. Once started the engine will not restart without the key present.