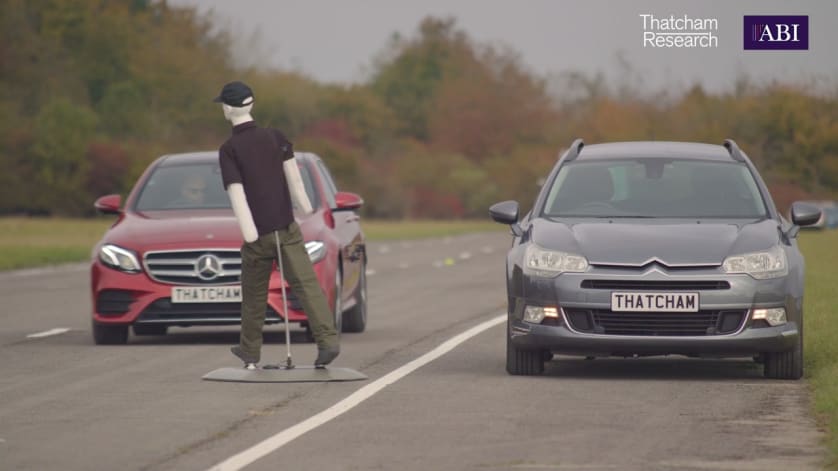 Thatcham Research and the Association of British Insurers (ABI) are urging the Government to revise its plans to introduce Automated Lane Keeping Systems (ALKS) onto UK roads in early 2021 because it will put road users’ lives at risk.

The Government should undertake further work with insurers and the automotive industry to ensure road safety is fully considered before introducing Automated Lane Keeping Systems.

The concerns are raised as both the functionality of ALKS technology and the regulations under which they will operate will mean that they cannot replicate what a competent and engaged human driver can do and, in the opinion of Thatcham Research and the ABI,are not safe enough to be classified as ‘Automated Driving’.

But the Government could still allow Automated Lane Keeping Systems to be the first Automated Driving technology on UK motorways up to speeds of 70 mph from the Spring – pending the results of a safety consultation that ends at 23.59 on 27 October 2020.

This is a significant step because it will mark the first time a driver can legally take their hands off the wheel and their eyes off the road and allow their vehicle to drive for them.

Thatcham Research has serious safety concerns about this plan because Automated Lane Keeping Systems are largely based on today’s Assisted Driving technology.

“The Government’s plan threatens road safety,” Matthew Avery, Thatcham Research Director of Research explained. “Motorists could feasibly watch television in their car from early next year because they believe their Automated Lane Keeping System can be completely trusted to do the job of a human driver.

“But that’s not the reality. The limitations of the technology mean it should be classified as ‘Assisted Driving’ because the driver must be engaged, ready to take over.”

James Dalton, ABI Director, General Insurance Policy, says, “The insurance industry is 100 percent committed to supporting the development of automated vehicles, which have the potential to dramatically improve road safety and revolutionise our transport systems. Vehicles equipped with an automated lane-keeping system are a great step towards developing automated vehicles.

“However, drivers must not be given unrealistic expectations about a system’s capability. Thatcham Research has identified some concerning scenarios where ALKS may not operate safely without the driver intervening. We strongly believe the timings for the introduction of ALKS should be revised to prevent lives being put at risk.”

The scenarios that Thatcham Research as identified, in which Automated Lane Keeping System technology will not respond in the same way as a competent driver on a UK motorway, are:

Debris in the carriageway

Debris caused 11 serious accidents on UK motorways in 2019. Automated Lane Keeping System technology may not see this type of hazard and will continue in lane at its set speed, potentially causing a serious collision. An attentive driver, however, should recognise debris and attempt to move around it by safely changing lanes.

Pedestrian casualties are increasing on UK motorways and accounted for 23% of Killed and Seriously Injured (KSI) on those roads in 2019. If a pedestrian encroaches on the carriageway while emerging from a broken-down vehicle, a human driver would either slow to a safe speed or move out of lane to avoid conflict. An Automated Lane Keeping System won’t be allowed to do this because it’s forced to stay in lane and so will continue at motorway speed towards the pedestrian, significantly reducing the ability to brake and avoid a collision.

There were 70 accidents caused by cars driving along a closed lane – marked with a red ‘X’ – on smart motorways in 2019. Automated Lane Keeping Systems may not recognise a closed lane and break the law. If the vehicle does recognise the closed lane, it can only stop in lane under the red ‘X’, creating an additional hazard.

“Current technology requires an attentive driver to be engaged so they can re-take control of the vehicle when required. Automated Lane Keeping System technology would need a quantum leap in development to be able to cope with these very real scenarios safely,” Avery said.

“With today’s radar sensors only able to monitor a relatively short distance up the carriageway and Automated Lane Keeping System-equipped cars bound by legislation that will not allow them to change lane autonomously, it’s crucial that sensor performance moves on dramatically before a system can be classified as ‘Automated’.”

The sensors contained within today’s Assisted Driving technology can only interpret up to around 120 metres. At motorway speeds, that distance allows only 4 seconds to take back control and avoid an incident.

Thatcham Research and the ABI passionately believe in the safe adoption of Automated Driving technology because it will ultimately reduce accidents.

To support the development of suitable technology, both bodies published a ‘Defining Safe Automated Driving’ document in 2019 that clearly outlines the 12 key principles that must be met to ensure a safe transition towards an Automated Driving future for all road users.

But, crucially, the Automated Lane Keeping Systems the Government are proposing in 2021 only meet 2 of these 12 principles, thus failing to satisfy key safety criteria.

Avery said: “Our conclusion is Automated Lane Keeping System technology is not safe enough to be classified as Automated. We believe it should be regarded as Assisted technology because the driver needs to remain alert.

“The Government’s proposed timeline for the introduction of Automated technology must be revised. It simply isn’t safe enough and its introduction will put UK motorists’ lives at risk.”

Thatcham Research and the Association of British Insurers (ABI) will make a joint submission to the Government’s Automated Lane Keeping System consultation before it closes to formally present their concerns around safety and liability.