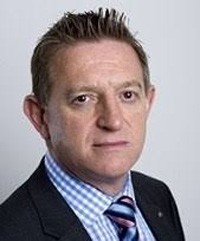 In a recent article in ATF Professional, David Williams, Managing Director of Underwriting and Technical Services at AXA Insurance shared his views on two potential factors that may increase the volume of so called ‘Green Parts’ used for insurance funded accident repairs.

The two influencing trends he sees are; the public may see green parts more favourably, and Brexit-linked shortages may encourage their adoption.

The demand to constantly use new parts on ‘insurance jobs’, and usually OEM parts at that, has been strong for some time, driven perhaps more by vested interests than genuine safety concerns. Could now, however, be a time to change that, with recycling gaining stronger popular support, and new parts feared to be coming in shorter supply after Brexit?

Away from the motor vehicle space, our customers seem generally positive about recycling, and environment-friendly initiatives have attracted a lot of positive comments. When it comes to green parts, however, implementation has been poor, despite the best of intentions. Bad communication from insurers and self-interest from all sides have led to scaremongering.

When people protest so loudly, I ask myself where the vested interests are. Sadly, I believe there are strong financial drivers in this contentious area. It’s not easy making money as a motor repair shop or network doing insurance work and there are a number of important elements. As we found out when trying to move to a more transparent labour-only approach, some repairers rely on the mark-up they get on new parts being fitted to make ends meet. Does that change behaviours? Are we seeing more replace than repair? All things we hoped a labour-only deal might eradicate.

Manufacturers don’t help. Fewer and fewer small parts are available, as carmakers increasingly use whole units that cannot be repaired and need full replacement. Headlamps are an obvious example: gone are the days when you could just unscrew something and pop a new bulb in!

Turning to insurers’ failings, an obvious problem has been in not communicating convincingly the benefits of recycled parts. We’ve been criticised for describing them as ‘green’, as if trying to disguise they are essentially second-hand. But is second-hand that bad? For most of my life, I’ve been very happy buying second-hand cars, as have the majority of the population. So why on earth not second-hand parts? I think what was missing perhaps was a bit more clarity that these parts were reused parts. Also, making sure the savings generated were passed down to the owners accepting this type of repairs, through reduced premiums or maybe more simply through a reduced excess.

In my opinion, if non-safety-critical parts can be replaced with tested recycled units that are the same age or younger than the recipient vehicle, then it should be supported. It is good for the environment and benefits can be passed on. Do we do it, though? Generally, no. The scaremongers have done a good job. We don’t want any negative publicity and therefore reserve it for exceptional circumstances, when we have difficulty getting a new OEM part and when we agree on it with the customer in full transparency. Interestingly, with Brexit looming and universal predictions of parts delays, this is definitely something that needs to be revisited.

Maybe the solution is to go for a dedicated discounted insurance product where everyone knows upfront that second-hand green parts will be used? That’s been tried before but sadly vanished without trace. I’m still not sure whether that was scaremongering winning the day or just that premium discounts weren’t big enough.

Perhaps public opinion may have changed sufficiently to give it another go? With clearer communication on both sides, and benefits shared, why not? Certainly, this initiative should appeal to both environment-minded people and vehicle dismantlers with the market opening up. Let’s see what we can do to open an honest debate and hope that this time we can begin to change our approach. The reality is that if Brexit does lead to parts shortages and lengthy delays, then suddenly a second-hand part might not seem quite as negative as some people suggest.