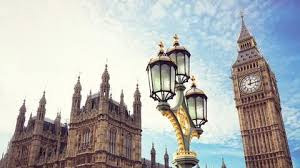 The MoJ has delayed implementation of the whiplash reforms until April 2021 due to the coronavirus crisis, the Lord Chancellor Robert Buckland QC announced today.

This is the third time implementation of the reforms – originally scheduled for April 2019 – has been postponed.

In a written ministerial statement, Robert Buckland QC said the government agreed with the representations made by stakeholders that “now is not the time to press ahead with significant transformational change to the personal injury sector”.

The pandemic has had “an unprecedented impact” on the medical, legal and insurance sectors, he said, and while the whiplash reform measures were important, “the government is committed to acting to ease the disruption and pressures caused by the Covid-19 outbreak where it can”.

Mr Buckland stressed that the government remained “firmly committed” to raising the small claims limit for road traffic accident related personal injury claims to £5,000, introducing a fixed damages tariff for whiplash injuries that last up to two years, and a ban on making or accepting of offers to settle a whiplash claim without a medical report.

With the Civil Procedure Rule Committee yet to sign off the new rules, practice direction and protocol, the delay will give all those involved breathing room

Speaking in February, Richard Hutchinson, head of the whiplash reform programme at the Ministry of Justice, said: “We’re hoping to give you three months between finalisation [of the rules] and go-live, and from conversations we’ve had with the ABI and other stakeholders, that was an appropriate amount of time [to get ready].”

Gordon Dalyell, president of the Association of Personal Injury Lawyers, said: “Delay is welcome, but another arbitrary date for these reforms to be implemented is meaningless unless critical issues are addressed.

“The new claims portal lacks vital safeguards to ensure injured people are able to gain access to justice. Without alternative dispute resolution the portal will leave unrepresented injured people in a very vulnerable position if liability or the value of the claim is disputed.

“Injured people will be expected instead to switch to the small claims track, which is simply not designed for these types of disputes. But before this could even be considered a viable solution, issues like the need for explicit permission from the court to allow expert evidence must be resolved.”

Paul Nicholls – chairman of the Motor Accident Solicitors Society, who himself was hospitalised with coronarvirus, but is now recovering – said: “This sensible decision will be very welcome news for claimants and the sector.

“With everyone struggling with bigger issues right now, this delay will hopefully provide time, when it is appropriate, for a proper debate on the many outstanding issues yet to be resolved.”

Matthew Maxwell Scott, executive director of the Association of Consumer Support Organisations, also welcomed the delay, saying: “Preparing for the portal’s launch meant firms were diverting significant investment in human resource and technology away from the crucial challenge of helping consumers and staff get through the Covid-19 crisis…

“The remaining consumer safeguards required for the portal to operate effectively must also be given proper attention now that we are no longer rushing towards an artificial August deadline.”

James Dalton, director of general insurance at the Association of British Insurers, said: “Given this unprecedented situation, we understand that a delay to implementing these much-needed reforms is necessary.

“However, any delay beyond what is absolutely needed will impact on the benefits to claimants and consumers.

“As an industry we remain committed to continuing to support the Ministry of Justice so that the reforms can be introduced as soon as it is practical to do so.”

Qamar Anwar, managing director of First4Lawyers, noted “a certain irony” in the government delaying an online system “when everything else in the world seems to be going online”.

He continued: “However, today’s announcement was inevitable as the Ministry of Justice has dragged its feet in making the decisions needed to meet the April implementation date. And quite frankly, the MoJ’s focus right now should be on helping the many areas of the sector that are in crisis.

“When these reforms come back, the MoJ need to ensure that new rules are published, and all the outstanding issues with the claims process are settled to allow businesses on all sides the proper time to prepare.

“When the time is right, we will also need reassurance that plans have been laid for a much-needed public information campaign – these reforms are bad enough for injured people without them being left clueless on the changes and how even to access the process.”

Jonathan White, legal director of the personal injury division of NAHL Group, which owns National Accident Helpline, said: “The certainty provided by the government’s announcement… is sensible and welcome. The revised implementation date provides much-needed time to resolve the many outstanding issues.

“We urge the Ministry of Justice to continue to make progress and publish the final rules as far in advance of April 2021 as possible. This is important to give businesses the time they require to finalise their processes, IT systems and training.”