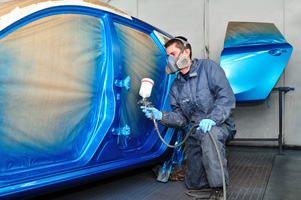 The UK body repair industry’s greatest threat is the current skills crisis, according to a survey that was conducted by Auto Body Projects/Trend Tracker for the recently published ‘Future of the UK Car Body Repair Market 2019-2024’ report.

That is the view of over 35% of bodyshop owner/managers who responded to the survey. They cite a poor return on labour charge-out rates paid by motor insurers as the main reason for the industry losing skilled technicians to other sectors in order to achieve better rates of pay.

“Skilled technicians demand a premium rate of pay and we struggle to be able to pay them what they are worth due to the low labour rates paid by insurers,” one business owner stated. “A technician can cost around £19 per hour to employ, including NI, and we only receive an average £27.50 per charged hour, so when paying for customer facing and support staff plus other overheads, it’s almost impossible to retain any profit.”

The warning is stark as bodyshop owners are having to invest more heavily as modern motor vehicles have become ever-more complex to repair. The increasing number of hi-specification cars – those with advanced driver-assistance, safety and electronic systems and complex hybrid or electric powertrains – require technicians to be trained to a highly skilled level to ensure repairs are carried out to specified methods.

Mark Bull, director of Trend Tracker and author of the report commented: “The skills gap presents a major challenge for the body repair industry. An aging technician demographic combined with a lack of investment in technician training, recruiting and training apprentices has led to a shortage of skilled staff throughout the sector. Compounding this is the Brexit effect whereby some of the skilled Eastern European technicians employed by many bodyshops, are choosing to return home.

“The bodyshop industry is well-renowned as a cottage industry. This is integral to the skills issue as a low profit margin for a SME business often fails to provide sufficient funding to invest in trainees, apprenticeships or upskilling qualified staff to required standards.”

Amidst these grave concerns, Bull states that all is not doom and gloom. “There is some magnificent and creative work being undertaken by many independent bodyshop businesses, who have created their own apprentice academies or have joined forces with AutoRaise, the industry-based charity that exists to address the skills shortage. AutoRaise has helped the industry tremendously in a relatively short period of time by promoting body repair apprenticeships into schools and colleges, plus assisting bodyshop employers to recruit apprentices.

“I’m pleased to say that several insurers, claims solutions companies and suppliers are backing the AutoRaise initiative that continues to develop its footprint into the industry and the educational sector.”

The results of the survey, contained within the Trend Tracker report, also provided positive news in regard to apprenticeships as 49.7% of respondents stated they intend to take on apprentices over the next 12 month period, with a further 26.8% stating ‘maybe’ they will also.

However, it’s widely recognised that there’s a long way to go to plug the skills gap, as one bodyshop owner concluded, “I have lost more staff in the past twelve months than I had in the past 10 years. It’s not that they are joining other bodyshops, it’s simply that they can earn more in other industries, and we simply cannot afford to pay them what they are worth on the profits we are making.

“These skills are being lost from the industry, and I really do fear for the industry in the next decade, as vehicles are more complex to repair.”