UK new car registrations declined -6.7% last month, according to figures released today by the Society of Motor Manufacturers and Traders (SMMT). 10,348 fewer cars were registered than in October last year, reflecting a tough environment for businesses and consumers as economic and political uncertainty continued to impact confidence.

The decline was driven by falling demand from private consumers, with registrations down -13.2%. Business demand also fell, while fleet registrations remained stable at +0.3%. There was a mixed picture across body types, with the popular supermini segment experiencing a substantial decline (-23.4%), while dual purpose and small family car registrations grew +7.1% and +3.3% respectively. 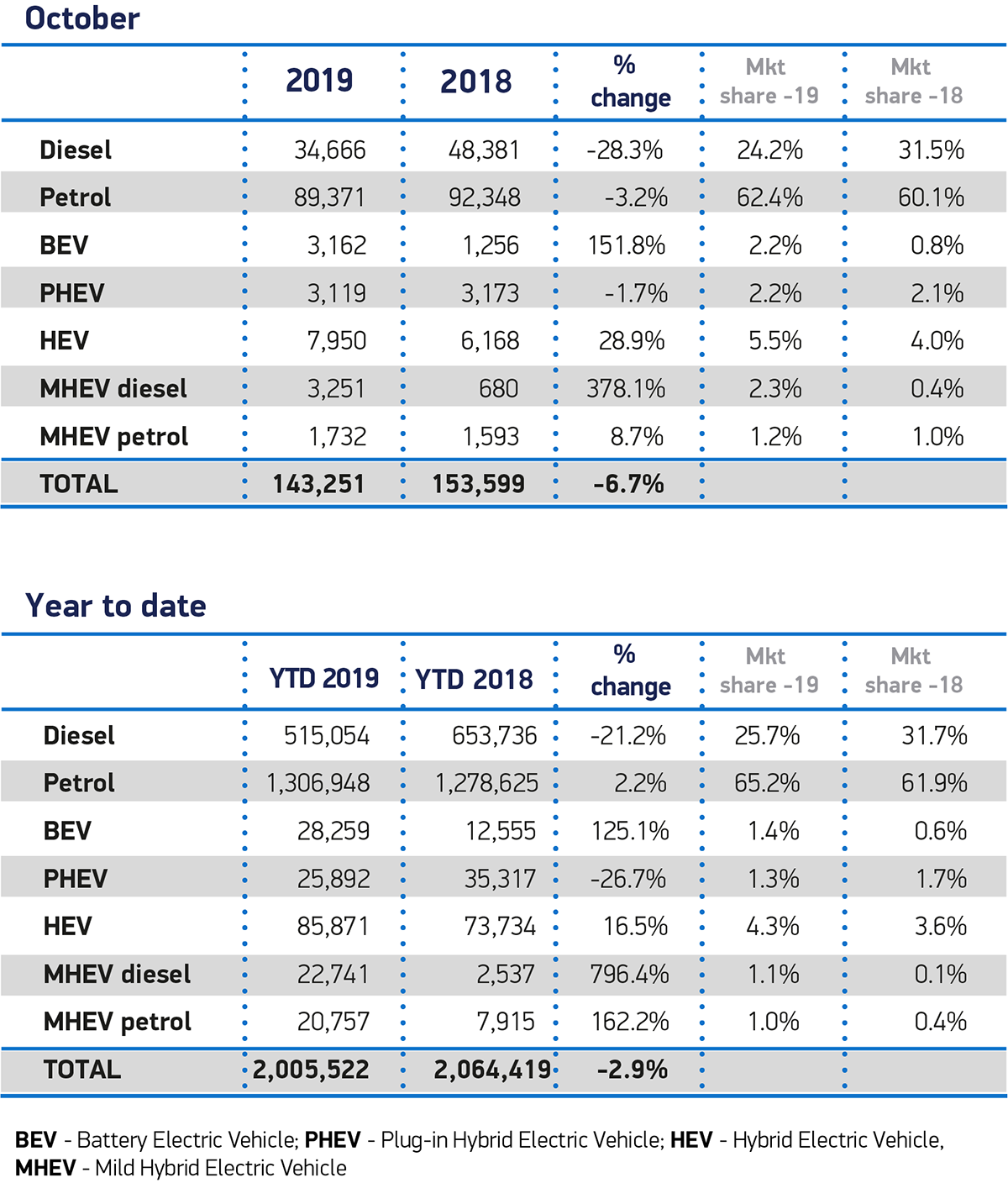 Registrations of diesel cars fell for the 31st month, down -28.3%, while petrols also declined, by -3.2%. Bucking the overall trend, electrified cars continued to grow in popularity. Hybrid electric cars increased by a considerable +28.9%, with 7,950 leaving showrooms, as battery electric vehicle registrations almost tripled, up +151.8% to 3,162 units. Plug-in hybrids, however, fell just short of their positive performance in the same month last year, down -1.7%.3  Combined, alternatively fuelled vehicle registrations reached 9.9% market share in the month – the highest on record, up from 6.9% last year.

Year to date, the new car market remains in decline, down -2.9% on the first 10 months of 2018. The fall reflects continued uncertainty over diesel and clean air zones, stunted economic growth and uncertainty over Brexit. 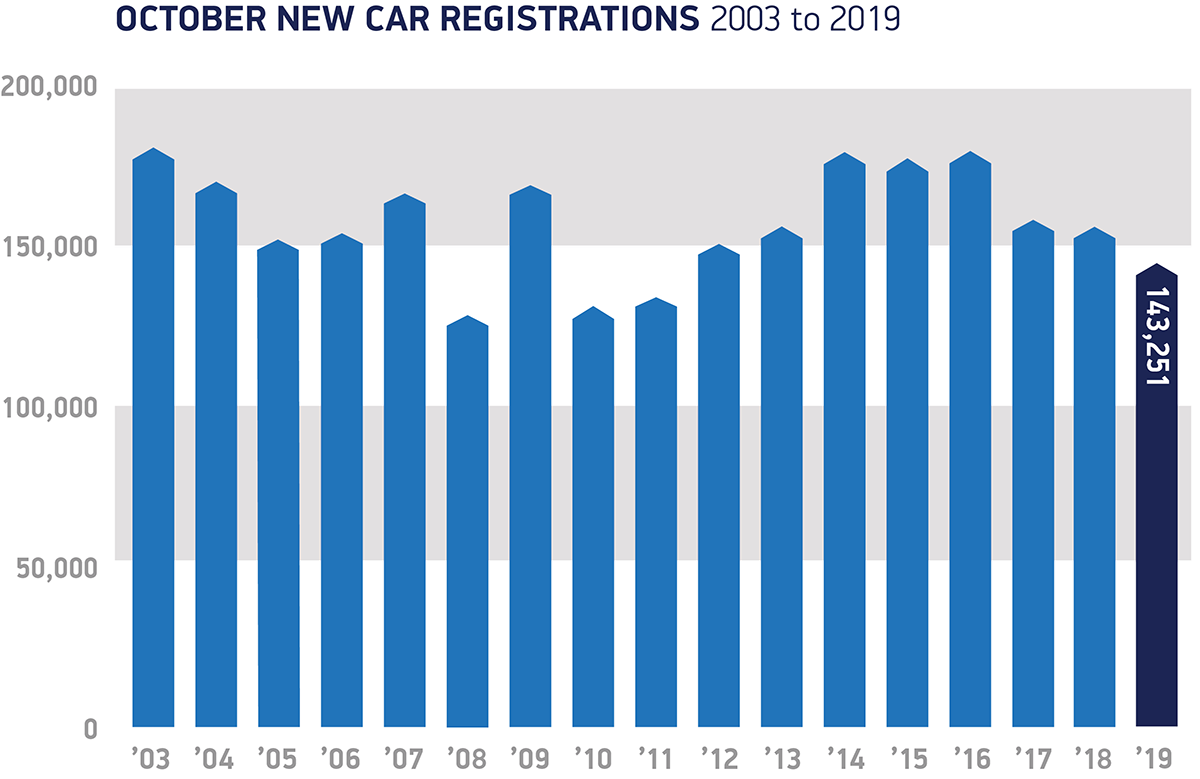 Mike Hawes, SMMT Chief Executive, said, “The growth in alternatively fuelled cars is very welcome, showing increasing buyer appetite for these new technologies. The overall market remains tough, however, with October now the year’s eighth month of decline and in need of an injection of confidence. Whether the general election delivers a ‘bounce’ to the economy remains to be seen but, with attractive deals and an ever-greater choice of low, ultra low and zero emission models arriving in the UK’s showrooms, consumers have every incentive to consider buying a new car.”