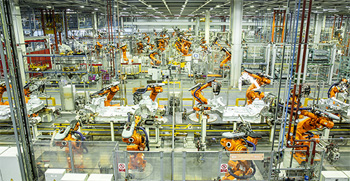 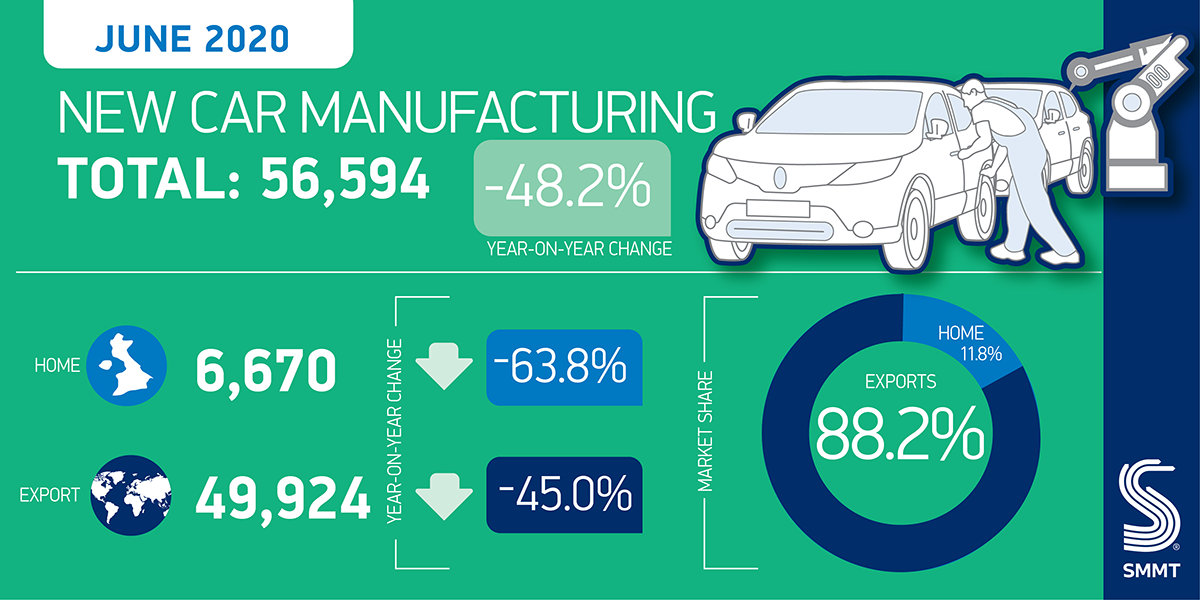 UK car production declined -48.2% in June with 56,594 units made, according to figures released today by the Society of Motor Manufacturers and Traders (SMMT). Although post-shutdown production slowly ramped up in the month, strict social distancing measures and weak demand across global markets continued to restrict output.

June manufacturing for the domestic market was down by -63.8%, reflecting the gradual easing of the UK’s retail lockdown. Production for export also fell, by a substantial -45.0%, although overseas orders accounted for nine out of 10 vehicles built as key global markets, including in the EU, China, US, South Korea and Japan, opened for business earlier than the UK.

While June marked a vast improvement on April and May, when only a combined 5,511 cars were built, the performance rounded off the worst first six months for UK car production since 1954. Just 381,357 cars have been built since January, a decline of -42.8% and representing a loss of 285,164 units.

As a consequence of the crisis, at least 11,349 job cuts have already been announced across the industry, including manufacturing, supply chain and retail. Furthermore, new analysis suggests car production losses could total 1.46 million units by 2025 – worth just over £40 billion – if no FTA is in place by the end of 2020, forcing the sector to trade on WTO terms with full tariffs applied.

Significant questions remain about the nature of trading conditions from 1 January, with uncertainty about customs procedures, regulation and damaging tariffs causing real concern. According to the latest survey of SMMT members, this lack of clarity is now severely hampering nine in 10 companies’ (93.5%) ability to prepare for the end of the transition period.

The coronavirus crisis has exacerbated this, with six in 10 (61.3%) automotive companies saying Covid-19 has diverted resources away from Brexit preparations, while more than seven out of 10 (77.4%) view securing a tariff and quota free FTA as crucial to their future success. 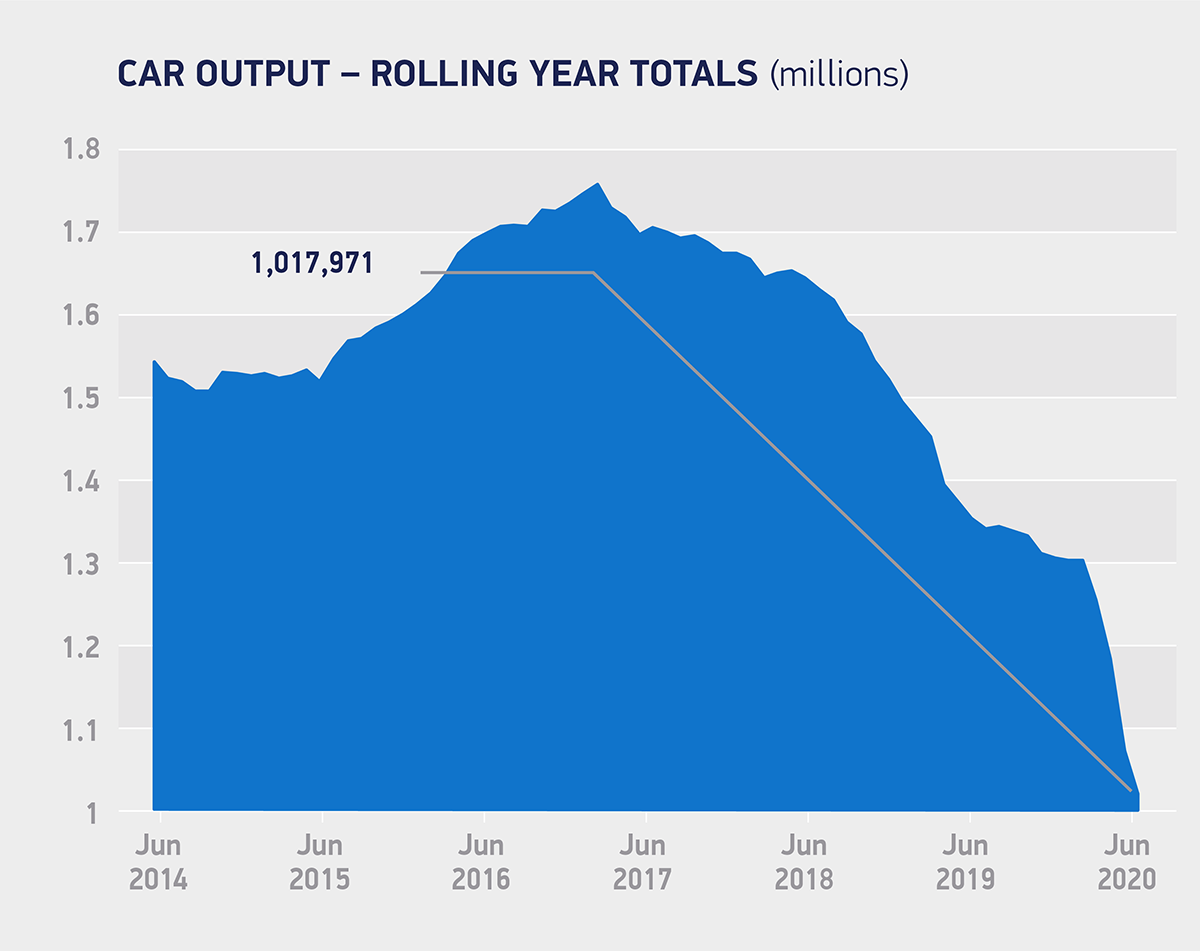 “These figures are yet more grim reading for the industry and its workforce, and reveal the difficulties all automotive businesses face as they try to restart while tackling sectoral challenges like no other. Recovery is difficult for all companies, but automotive is unique in facing immense technological shifts, business uncertainty and a fundamental change to trading conditions while dealing with coronavirus.

The critical importance of an EU-UK FTA is self-evident for UK Automotive. Our factories were once set to make two million cars in 2020 but could now produce less than half that number, a result of the devastating effects of the pandemic on top of already challenging market conditions and years of Brexit uncertainty. This industry has demonstrated its inherent competitiveness and global excellence over the past decade. Its long-term future now depends on securing a good deal and a long-term strategy that supports an industry on which so many thousands of jobs across the country depend.”

The latest independent production outlook commissioned by SMMT, and also released today, now expects just over 880,000 cars to be produced in the UK this year – some -32% lower than made in 2019 and -30% less than anticipated in January pre-crisis. If realised, this would be the lowest total since 1957.

The analysis also suggests that without a positive trade agreement with the EU, and the industry trading on WTO terms with 10% tariffs, output could stay around the 800,000 mark, or less, to 2025 while a successful conclusion to negotiations with a zero tariff and quota FTA would see car volumes recovering to pre-crisis levels of 1.2 million units within the next few years and the potential for further long-term growth after that.

The UK automotive sector is one of the nation’s most valuable economic assets and a global trading powerhouse, sustaining more than 820,000 jobs with 168,000 directly in manufacturing. A successful restart of the £82 billion industry would help sustain jobs nationwide, boost tax revenues and international trade, plus drive a green recovery for the UK by helping government meet climate change and air quality goals.