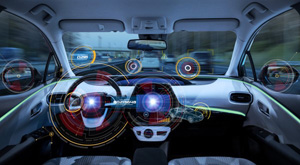 Widespread adoption of autonomous vehicles will herald dramatic changes for the motor insurance market according to a recently published report by Kennedys.

Industry leaders cited the potential that significant amounts of premium could disappear from the market and that the focus would shift towards product liability cover for the manufacturers and software providers.

The survey also asked questions specifically about views on insurance and vehicle ownership.

UK respondents were split in their views on the future of on-the-go insurance, with only 49% agreeing that most people will switch to it in the future.  Similarly, when asked the extent to which the introduction of autonomous vehicles would change their own driving habits, only 22% told us they would be more likely to take insurance on demand.

There is also a fear among many who do not support the use of fully autonomous vehicles that insurers would take the opportunity to increase premiums on motor insurance policies, with 45% of UK respondents citing this as a concern.

Following discussions with insurance industry professionals, we found the consensus that insurance premiums for private road users will go down because of autonomous vehicle technology if there are fewer accidents; with one insurer predicting that as much as 60% of their motor premiums could disappear in a fully automated marketplace.

It was also acknowledged that the new generation of road vehicles will encounter less wear and tear. In theory, this should reduce both maintenance costs as well as further lowering insurance pay-outs and premiums. However, maintenance and repair costs may still be high as the sophistication of the technology increases with newer models of vehicles, and because usually only the manufacturer can conduct the required servicing.

Removing the scope for human error behind the wheel, as seen with full automation, removes the driver from the liability equation and weakens the relationship between the driver and the insurer. In its place, the market will have to move more towards a product liability focus.

Kennedys’ report recommends that, in order to adapt with growing automation and shifts towards different policy structures, there must be a robust framework and agreement in place between insurers, technology firms and original equipment manufacturers (OEMs) to ensure a transparent view of vehicle behaviour, whilst also accommodating data privacy of users and commercially sensitive information.

Fewer than a third of UK respondents (28%) say that they support the idea of fully driverless vehicles, with only 48% registering support for partially automated vehicles. The main reason for this concern is safety (67%), with respondents specifically placing trust in human judgement over computers (63%). Other reasons include fear of hackers (56%) and insurers increasing the cost of car insurance (45%) following widespread adoption.

In the UK, our survey showed that people were particularly attached to motoring: 48% of people who say they do not fully support autonomous vehicles also said that they ‘enjoy driving and don’t want computers doing it for me’.

Richard West, Head of Liability and Innovation at Kennedys, says: “The rapid development of autonomous vehicles will have a profound impact on the insurance industry. Insurers will be faced with strategic challenges in continuing to support the classic insurance model towards new risk models in which the liability moves towards product manufacturers. Insurers will need to develop autonomous vehicle insurance propositions as they see changes in consumer appetite for insurance products. We are likely to witness a move away from annual renewals towards on-the-go insurance and the growth of more transactional relationships where less is understood about the risk profiles of individual drivers.

“Connected and autonomous vehicles will create a massive increase in data, which may help to improve risk pricing and ultimately reduce premiums, but only if such data is not siloed. To ensure that insurers are central to providing risk management solutions to their customers, they will need to take an active lead in autonomous vehicle initatives – as is already being seen with those investing in mobility research and development.”

Deborah Newberry, Head of Corporate and Public Affairs at Kennedys, adds: “The UK public clearly has strong reservations about the adoption of autonomous vehicles. However, given that the government has demonstrated its appetite for broader implementation of this technology by developing a legislative framework to speed up its introduction, it is crucial that the insurance industry is prepared for the significant shifts it will bring to the sector. Insurers will need to continue to invest in understanding the changing nature of relationships between consumers, motor manufacturers and insurers and what this means for how people will buy insurance in the future. Public perception of liability considerations is central to that understanding, as is hacking and privacy.”