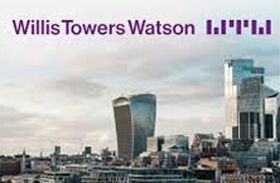 Willis Towers Watson has produced an interesting article, in association with Solera Audatex analysing motor accidental damage claims during lockdown and what is likely to be in store next for UK motor insurers and body repairers.

By mid-April volumes of new work instructions being sent by motor insurers to UK repair body shops had dropped by 80% compared to the first three months of the year, as the national lockdown suppressed vehicle use and, consequently, the number of accidents occurring.

The Office of National Statistics has reported that 27% of repair body shops temporarily closed their operations between 23 March and 9 April and the remaining 73% continued to trade, a ratio that increased by 2% in the subsequent week. However, many of those reporting as “continuing to trade” will likely have been operating their services on a reduced capacity basis. Undoubtedly, the service they have been providing will have given vital support to key workers in need of being kept mobile and to those in isolation who are dependent on a car for their essential journeys.

During the 12 weeks prior to lockdown, the net average repair cost estimations (exc. VAT) was incredibly consistent, hardly wavering from the £1850 mark. The pandemic then brought about a change, at first the average repair estimate dipped, with week commencing 23 March, the first week of the UK lockdown, showing a £100 drop in the average cost. However, the average cost then jumped up in April to a two-year high. The data shows that for the first three weeks of April the average repair estimate was consistently above the £2000 level, with the top weekly peak (week 14 of 2020) hitting £2,147. This week 14 level representing a 16% uplift (up £297) compared to those first 12 weeks in the year.

Whilst some insurers have agreed to temporarily amend their labour rates to help their repair network adapt, this does not appear to be the cause. Drilling into Audatex’s cost components shows that it is the net average parts cost that has risen sharply during April. Higher levels of this cost factor are typically associated with vehicles that have been more severely damaged. So, the abnormal increase in net average costs reflects that it is primarily the non-driveable vehicles that are being prioritised for mending, by insurers and repair body shops, during this period.

With both body shops and customers keen to maintain the social distancing guidelines, insurers and their network have been triaging which vehicles to take in for repair and it has been a logical step, for all concerned, to focus on mobility as the top priority and to turn attention to the vehicles which are damaged but driveable once there is a lifting of the lockdown restrictions. As a result, repair body shops now have a building back log of jobs to work through. The data indicates that for some this started to build up in the weeks leading up to the official UK lockdown and many could find they already have the equivalent of three weeks of ‘normal’ level job volumes to be actioned. Although, these will likely be ‘light’ to ‘moderate’ repair works, given that the more severely damaged vehicles are being repaired.

With the Department for Transport data indicating that UK driving has crept up since the start of May and those encouraged to return to work by government to either drive, cycle or walk, the volume of new instructions to repairers is likely to be on the rise soon, adding to the back log.

Most surprisingly of all, the data points to a significant reduction of what motor insurers and their networks call the “key-to-key” time (i.e. the length of time between the repairer taking in the customer’s car to returning it to them fully repaired). Whilst it is possible the statistics are being flattered by the inclusion of some quicker temporary repair work, the statistics nevertheless show unprecedented average turnaround times – given the new average cost increase we are seeing.

Working from the initial repair decision-making date to when an invoice is generated, the “key-to-key” time has historically averaged at over 10 days. During the lockdown, however, this timeframe has on average dropped below five days. This is particularly impressive when considering much of the work relates to more severely damaged vehicles that are typically more complex and time-consuming repairs.

For customers who have had their vehicle repaired during lockdown, they will no doubt greatly have appreciated that where they would usually experience a 10-day duration before they get their vehicle back, for them, this period has been halved enabling them to get back on the road quicker.

Challenges ahead and lessons learned

Many challenges will need to be navigated in the months ahead, including how to bring the backlog down whilst keeping staff and customers safe, and how to cope with critical parts shortages that might materialise. Further ahead, insurers and their suppliers will reflect on how they managed to keep their operations running, with many of their staff working from home, and the nation’s key workers mobile. There will also be an opportunity to capture lessons learned from the industry’s response to the crisis and identify improvement opportunities for use in future emergencies.

Analysing how the timeframe from incident date to return of vehicle to customer radically reduced on average by 5 days is likely be high on the list of most insurers. Did temporary repairs simply play a key part or might it actually be feasible to deliver this faster timeframe as a new service benchmark in the long term?