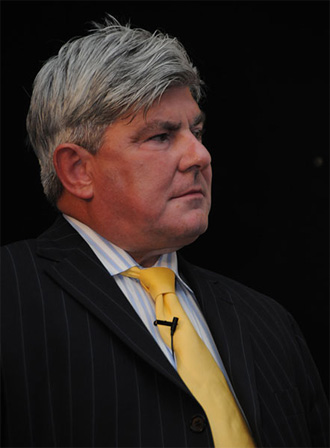 In July, we presented the views of several industry leaders regarding the trend toward Green Parts acceptance, here we are pleased to reproduce an article from ATF Professional who had an opportunity to talk with Adam Murray, Aviva’s Motor Technical Manager, to find out his views on the use of reclaimed parts and how they are trying to influence a scheme which could de-risk their use.

Adam has been involved in the engineering aspect of motor vehicles for 30 years and probably in the last five years, parts supply has started to become more sporadic. Before this, he said, parts availability for vehicle repair seemed to cause fewer problems than it does today, and the infrastructure of that world changed because vehicle manufacturers’ networks were rationalised and changes imposed on them where they don’t actually keep part’s stocks any longer.

Adam told us that by introducing reclaimed parts it could be the catalyst to remove delays and dysfunction in repair; issues which can be resolved if a different approach was adopted. So five years ago he started to look at parts to see what other people do to remedy these issues across the UK and the rest of the world.

He became very conscious that the UK appeared to be the only country that doesn’t really adopt the reclaimed parts policy. It’s not largely universal, it just sits in the background, people do it on an ad-hoc basis to solve the problem but compared with Canada, America and Europe, reclaimed parts form quite a considerable influence within the repair programmes. He started to look at this area, he realised there were two problems to solve. Firstly, as an insurer, they have a contract with a customer that states the insurer will give them indemnity, which means the vehicle will be put back in the same condition as was enjoyed prior to the happening of the loss being insured. And secondly, the customer expectation is that they will get a brand new unused part (customers do not appear to understand that using a reclaimed part delivers the same outcome), this issue may arise because of the lack of clarity in the wording and the explanation within the insurance policy.

It wasn’t until about three years ago when he took even more of an interest. A group got together, five or six individuals from various sectors of the industry, including a recycled parts supplier, IT systems provider, a journalist and a trainer. They decided to come up with a scheme aimed at introducing some clarity around reclaimed parts. The group wrote a standard that outlined the use of reclaimed parts, which included a grading system and developed a list of parts that for insurance repairs sector that should not be used. One of the things they wanted to avoid was using parts which could impact on safety or performed a safety critical performance function. The group only wanted to use “cosmetic parts” (parts which are bolted on and do not form part of a safety performance function, such as wings, doors, bonnets, tailgates, bumpers, headlamps).

Parts such as doors, tailgates and bonnets can be obtained from recyclers, avoiding having to use the vehicle manufacturer supply chain and new parts. These parts would be put through a grading process to make sure they match the requirements to avoid dysfunction within the system. According to Adam, parts which perform a safety critical function should never be reused, unless they have been recalibrated or remanufactured and tested for conformity, simply because you just don’t know how they will perform.

A document was produced and then put in front of British Standards Institute (BSI) and they liked it. At the same time another similar proposal came along from another group of parts recyclers who wanted to use the NSF standard setting procedure. Adam went along to their meeting and a collaboration was formed between both groups. Adam then became part of their steering group to assist in influencing which parts should and shouldn’t be used.

Since then, Adam has been trying to establish how many parts are available and what relevance to the repair sector these parts have. He is steering the group and eBay towards the place where they can find the data that confirms ‘we’ve the correct parts in volume to match the requirements to run a pilot, this level of detail includes the age profile the part description etc.’ Once this data is collected, it will be matched against the data produced by the insurer from previously repaired cars to confirm this initiative could deliver an alternative source of parts to vehicle manufacturers’ supplied parts.

There are still some barriers to be overcome to enable the scheme to work, Adam believes. For example how such parts would be identified and supplied to the vehicle repairers in a timely fashion needs to be tried and tested. In theory individual suppliers could form a hub, subscribing to a process where they will supply parts. The repair assessments, which includes a parts inventory, could be sent to the reclaimed parts suppliers’ hub via a system that identifies the parts required. The ‘hub’ will source the parts from the suppliers collectively and return the confirmation back to the repairer to accept the parts to enable the repairs to be progressed within timeframes to meet agreed service level agreements.

The repairer can then go about repairing the car. It will be a process that is completely transparent. One of the possible outcomes would be to introduce an insurance product which specifically uses reclaimed parts first but only for cosmetic parts.

Adam said: “How can the performance of a safety critical performance part be guaranteed when for many of the parts used testing is not possible? Therefore it would not be possible for the insurer to provide indemnity. The insurance contract with the customer says that they must be put back in the same position they enjoyed prior to the loss, if the component cannot be tested and there’s a performance issue, then this is an issue from an insurance perspective too. That’s why I believe it is not wise to use any safety performance part. Unless there is a form of reprocessing, remanufacturing and testing, which confirms with certainty the performance outcome that these components are fit for purpose, then it could be a bridge too far for the insurer.”

Considering the public’s perception of using reclaimed parts, my research has identified broadly there are two types of people;

person one that won’t buy this product or
person two who looks at it from a more ethical and environmental view and thinks this is a fantastic idea.
Adam explained as a customer centric insurer Aviva would be completely transparent with its customers. “Being totally up front in our intention to use reclaimed parts which the policy relies on, therefore the policy wording being transparent is key to ensure the customer is fully informed of what they are getting right from inception of the policy. The policy must clearly state that the intention is to use reclaimed parts where available and that the performance of these part meets the requirement to provide indemnity.”

“To introduce a step change such as this into the industry detailed analysis is required followed by some pilots, I believe this could take a minimum of two years to complete and Aviva is committed to move this process forward. If successful it could result in a definite benefit to the customers, insurers, repairers, and recyclers. “We’re currently not helping anybody by repairing millions of cars a year and just throwing parts in landfill”.

As for the dismantling industry, what is required of them?

Some of the parts he sees getting sold tells him that they will sell parts to anybody and not really consider the impact on them. Parts are being sold without knowledge of whether these parts work now or in the future, they might work but as an insurer they have to take a cynical approach to ensure certainty before offering it to a customer.

He said, today we are trying to move to a point where parts are accredited by a grading system and the person who grades them has passed an assessed outcome to prove they can do it consistently. Currently another scheme (in the auto repair industry) used for grading parts is called BS10125 and that works on the premise of ‘man, machine, methods and materials’ and would like to introduce that logic to this type of scheme.

Adam pointed out that standardisation is paramount, it de-risks it and improves efficiency for the insurer and the parts supplier. He said now we begin to see more collaboration between the dismantler, repairer, assessor and insurer and there is a better understanding on all sides to ensure this scheme works. In the past it was very different where collaboration was at a minimum.

He advised this scheme will not progress until satisfied that the parts supply can be sustained, that the parts quality matches the requirement, that the right outcome is delivered to the customer, there’s no interference or failure and it’s being done for the right reasons.

As for Brexit, Adam said that no one really knows what is going to happen there, it could have a serious impact on supply of parts, there are components available that could help refurbish cars to the right standard as long as it’s done effectively through a controlled program. But he added that Brexit must be seen as an opportunity but it could create further dysfunction within the supply chain, something which is already being observed in certain quarters.

Adam recognises it is essential that we take this scheme at the right pace, engage with the right people, get them to commit to it and to understand what is expected of them to ensure there is no interference in this scheme. “Don’t build a bridge before you can cross it”.

He wants to introduce a scheme that’s validated by and available to all insurers not just Aviva. But insurers operating through a standard that gives a certain outcome would the consumer confidence, rights and expectations. Plus, because there’s a standard right behind it, there’s a complete mechanism and minimal potential that anything can go wrong with it.